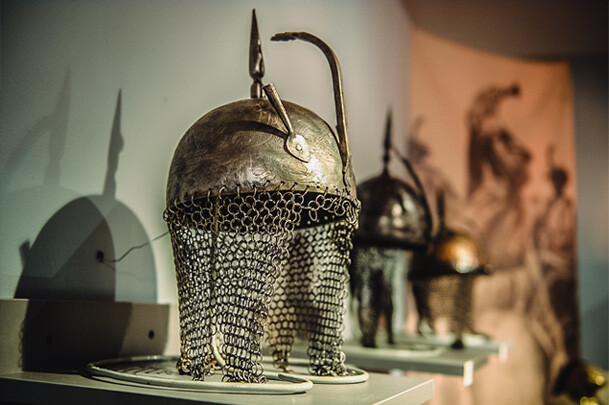 in the history of the world’s armies

We invite you to visit the unique Gallery, located in the renovated interiors of a historic Krakow tenement house. We present here one of the largest collections of helmets and military caps in Poland. The collection was born out of passion for seemingly mundane objects, but which are carriers of history, technical thought, and human activity over several hundred years. The exhibition shows the variety and brings closer the history of military headgear by presenting how its appearance and function changed with the changes in the art of war. The exhibition will acquaint you with the development of headgear and uniforms all over the world, with a special emphasis on Europe as the standard bearer of military fashion.

For centuries, military headgear has played extremely important roles – from its representative function to its protective function. Sophisticated headgear was an indicator of high social status. The same was true of military caps and helmets, which were supposed to emphasize social rank and have a psychological effect due to their often unique character. For centuries, headgear has distinguished people serving in military formations, and the uniform has inspired respect and trust.

Helmets became the most important piece of protective armament in ancient times. This lasted until the invention of firearms, when they lost their basic functions. They were replaced by comfortable and practical military hats and caps. A return to the idea of the helmet came with the actions on the fronts of World War I. Since then, both hard and soft headgear have appeared in parallel, fulfilling both protective and representative functions. 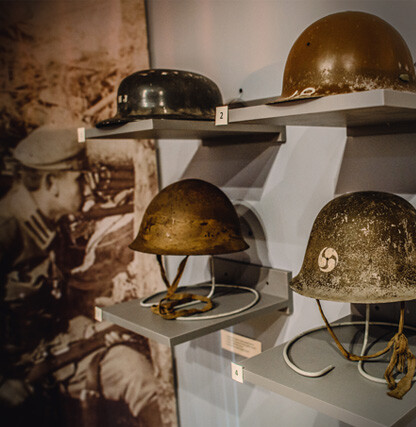