The second room welcomes visitors with colourful caps and helmets used by the European armies in the interwar period. It is confronted with a showcase presenting examples of combat helmets which, due to the experiences of the First World War, lost their decorative character in favour of protecting soldiers. In this showcase attention is drawn to the prototype Polish helmet wz. 28 and helmets used in armoured units. Another display case is devoted to military headgear used by Polish soldiers on the fronts of World War II. The next part of the exhibition presents caps and helmets used by all sides of the conflict between 1939 and 1945. Interesting are German and British plug helmets used during the fights in North Africa. The room is complemented with the uniform used by the soldiers of Polish underground, NKVD uniform, Soviet guard boots and military decorations. 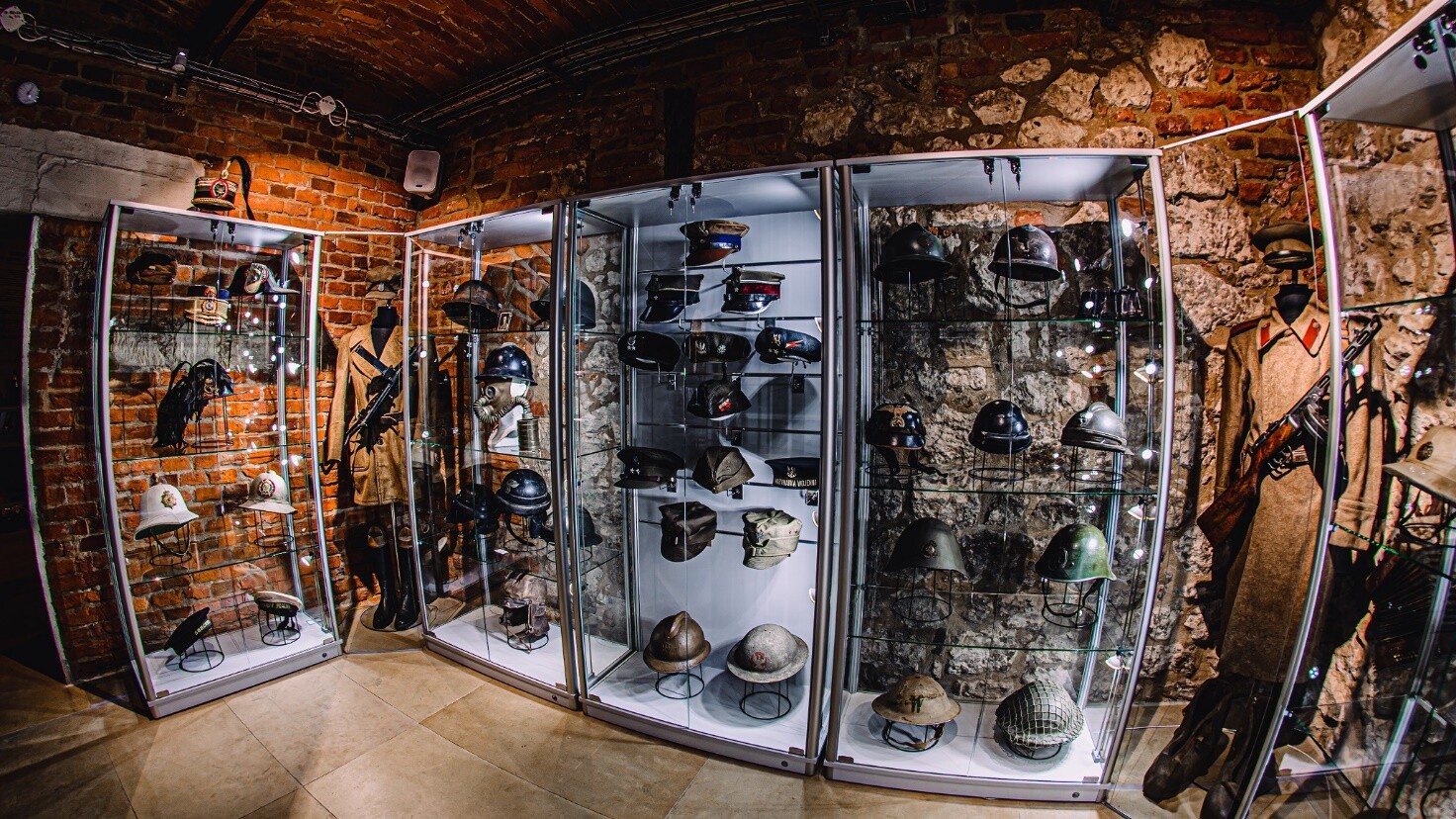