The next exhibition room, where examples of military uniforms from various parts of the world are presented, is extremely colorful and interesting. Visitors are welcomed by elaborately crafted Japanese samurai helmets, including combat helmets made of paper pulp. Interesting examples are also Persian steel helmets and Asian helmets made on the model of European headgear. Asian military caps and military uniforms from the 20th century period also attract attention. The African military caps catch the eye with their colors and richly decorated emblems. Visitors may be surprised by the form of the Mexican officer’s hat, which opens the part of the exhibition devoted to North and South America. The collection of headgear used by the U.S. Army is richly presented, through the hats of military school cadets, through the second-war examples of protective equipment, to those used during the wars in Korea and Vietnam. Fans of war movies will spot the helmet used by U.S. Navy flight attendants, the crews of the B-17 Super Hornets, or the Korean War helicopter pilot’s helmet known to fans of the cult series MASH. Military enthusiasts can see nineteenth-century Eastern-type small arms and firearms. 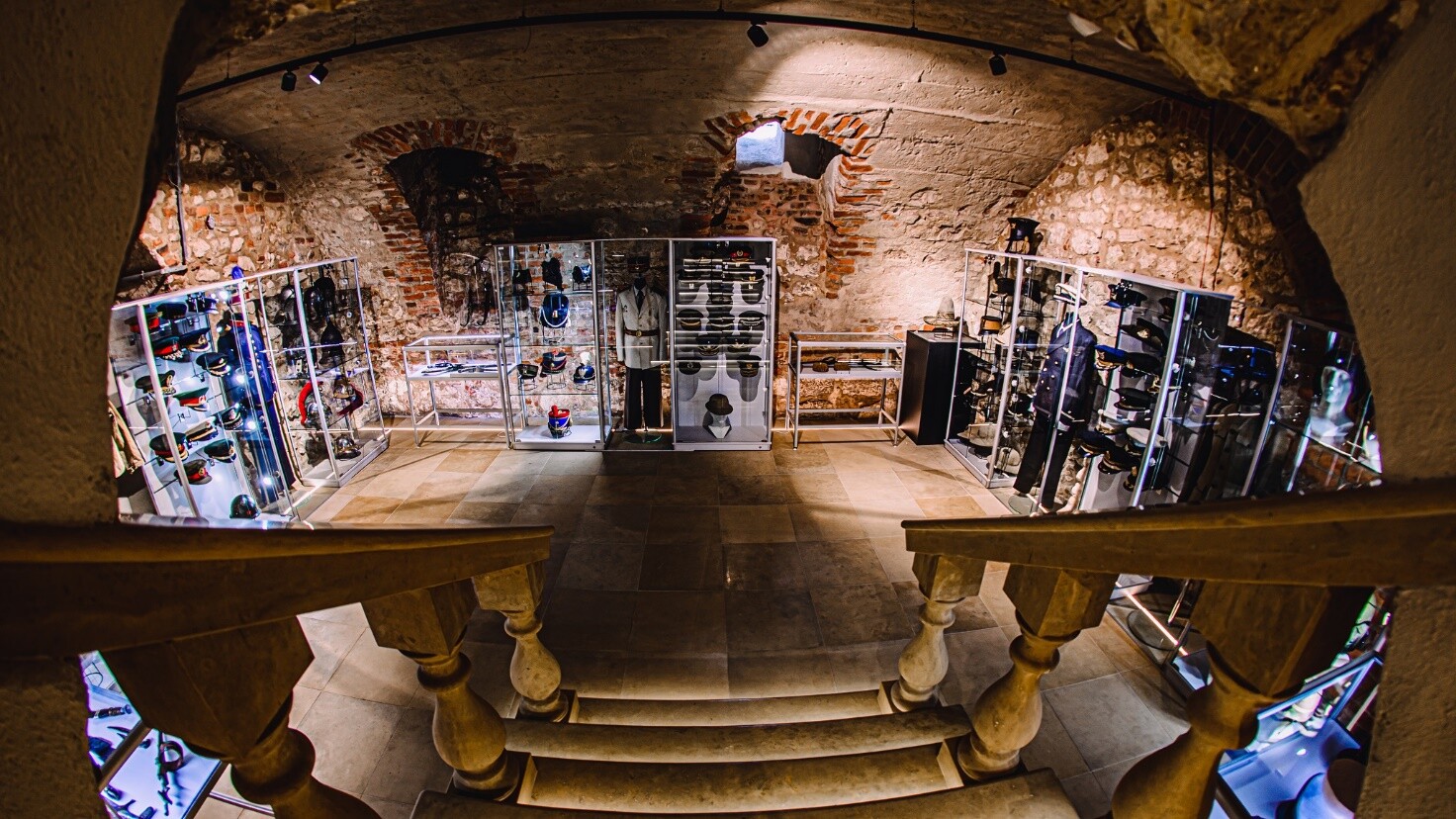