Subsequent showcases present headgear used by 19th-century European armies. Attention is drawn to a collection of bikorn caps and a collection of round caps used at the end of the nineteenth century. Visitors’ curiosity is also aroused by pikielhauby – leather helmets ended with a characteristic spike, richly decorated but impractical in battle. The presentation of the hall ends with Adrian wz. 15 combat helmets, which were a new quality of protection for a soldier. The hall is completed with caps of military formations from the beginning of the 20th century, including very characteristic budionka caps or caps from the period of fighting for Poland’s rebirth. The room is also enriched with very interesting examples of uniforms, including a uniform of a January insurgent, 19th century white and firearms, elements of military equipment or a portable sacred field altar. 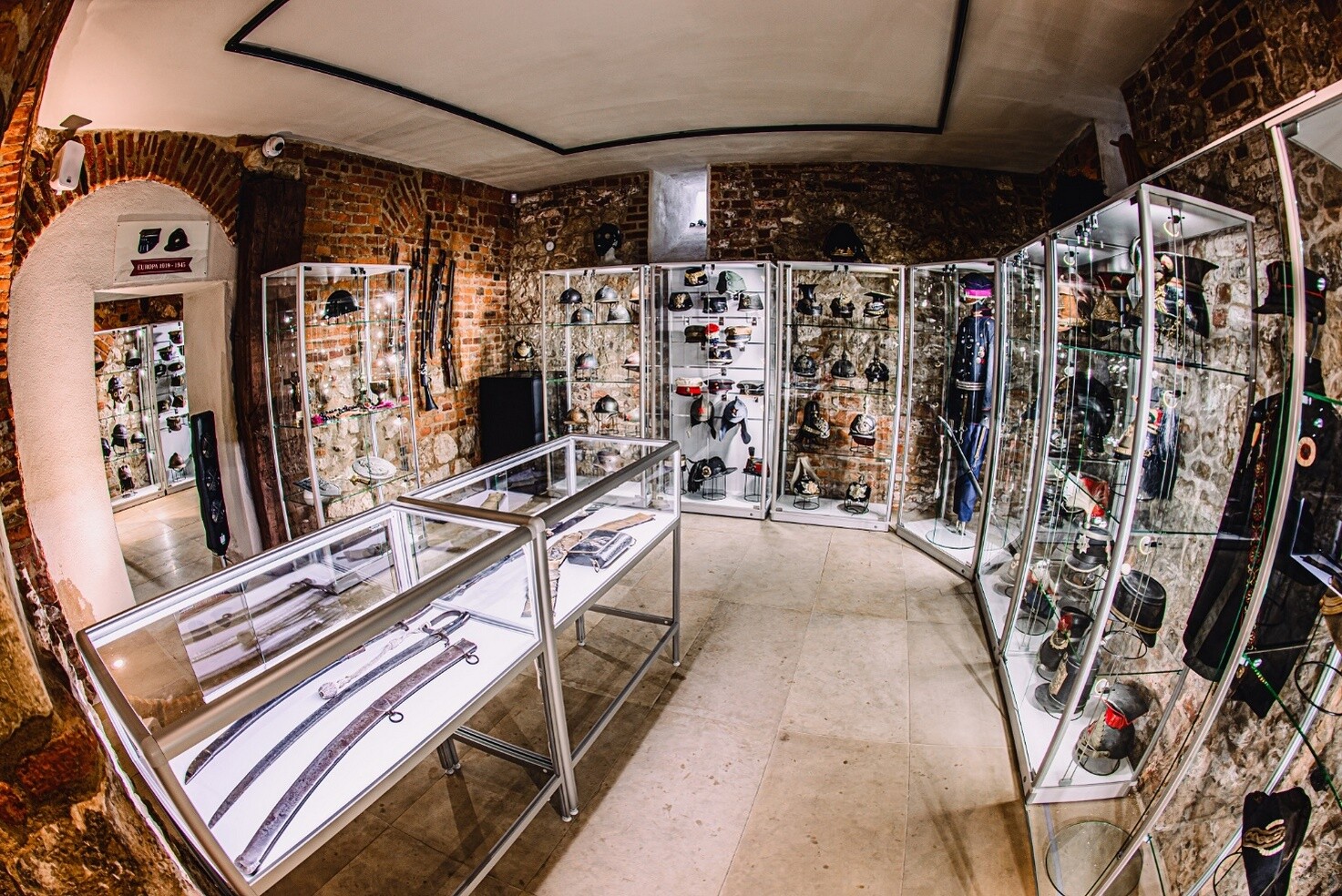